Dubai, UAE is not a place one would expect an exclusive Christmas ornament to be released, but Starbucks MENA (Middle East North Africa) has done just that.  In a country hosting one of the most modern and advanced cities on earth, Dubai, Starbucks released a white cup ornament graced with silver stars.  At first thought, one might think nowhere in the Middle East would Christmas be celebrated, but in fact there are many festivals and activities surrounding Christmas to be found in Dubai. For that reason, it becomes understandable why an ornament would be released.

But again, why exclusive?  Why Dubai?  Europe only received one ornament release this year as well, but it was only a classic red cup with 2017 emblazoned on the front, just an update from last year’s design.  Dubai also received the same red cup ornament.  However, they also received this completely new design seen nowhere else. 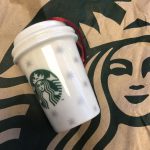 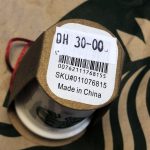 The SKU#011076815, is in the same sequence as the European red cup ornament 011076814 and so it has been hoped the white design would also appear in Europe.  But as Christmas is nearly here and stocks of ornaments are being marked down for sale, this ornament has not popped up anywhere else but Dubai/UAE.

For collectors, it makes it a bit more of a special find to be sure.  If you happen to be one of the lucky ones who got a hold of one, well done.  As for answers as to why Dubai?  None are known at this time.  But the mystery only adds to the unique story behind this ornament.

One Reply to “A Most Unlikely Place for An Ornament”