Hey Starbucks! What year is it? That’s the questions I am left asking after three ornaments released in Holiday 2018 are marked with different years. The European Red Cup and the European White Cup with Gold Trees both say “Holiday 2019” on the bottom. And that is odd enough. But the Red Cold Cup released in Japan is marked as 2015! 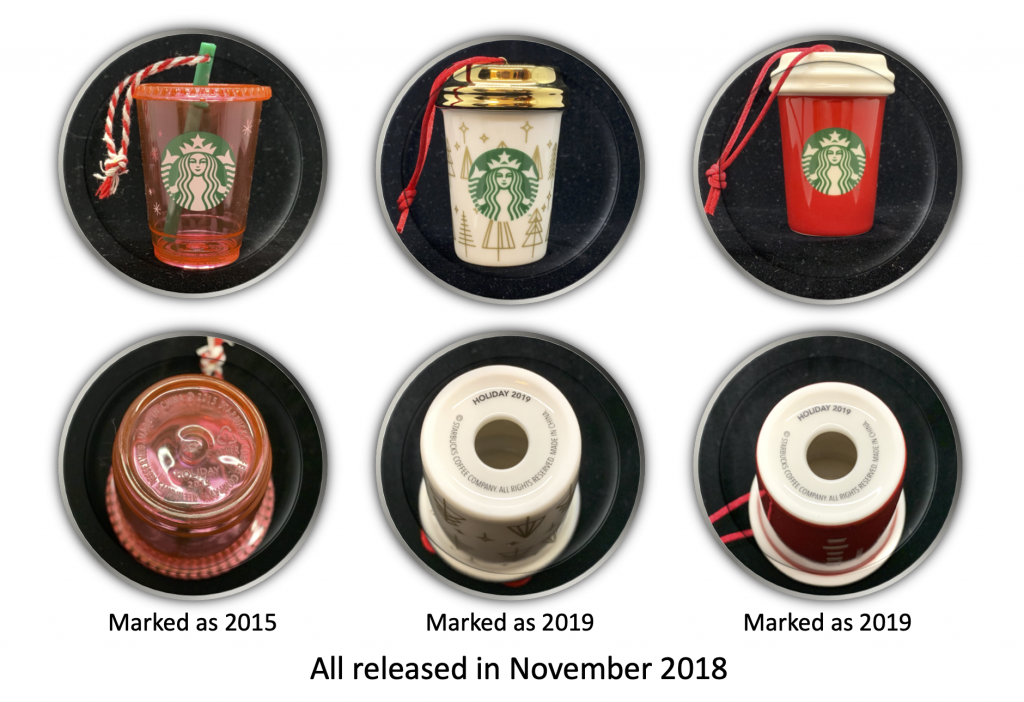 So was it a production error? Was the 2015 manufactured and just never released until now? Were the 2019 ornaments meant for next year but someone just decided to go for it this year? I suspect we will never know, but it adds to ‘things you need to know’ for the holiday 2018 release.

One Reply to “Hey Starbucks! What Year Is It?”